I bought an unlocked HTC 10 through a 3rd party vendor and have enjoyed the phone. I use T-Mobile service because of their great value and their free 2G international data roaming. Unfortunately, I ran into trouble connecting to cellular data the first time I traveled outside the USA with my new phone.

After arriving in Hong Kong, I received the helpful T-Mobile text message telling me I had data roaming available:


"Welcome to Hong Kong! Your T-Mobile plan gives you unlimited data at 2G speeds, calls at 20 cents/min and free texts."

Text messages and phone calls were working, but cellular data refused to connect.

Troubleshooting steps I tried:
Much of this was suggested by the very helpful T-Mobile support team and though we whittled down the problem to something specific with my phone, they never determined the exact issue. Finally, HTC customer support suggested I check my APN settings. Sure enough, they were different between my 2nd working phone and my HTC 10.

There's a known issue with the LG G3 phone 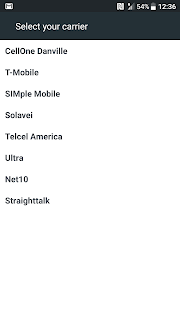 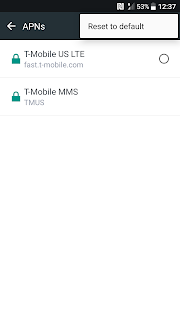 With the problem finally understood, several sites mention how to manually enter an APN which enables roaming. The steps are:
My HTC 10 connected within 15 seconds and displayed the H icon in the notification tray.  Though, you may need to reboot after making this change.

This worked for me and hopefully will help other HTC 10 owners.

I'm very excited to learn about my personal electricity usage with my Sense Home Energy Monitor, now that it's working, but installation did not go smoothly. 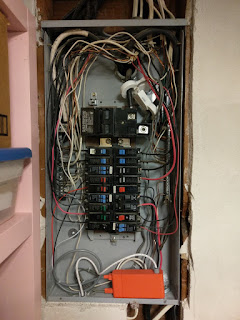 I physically installed the device in my electric panel as described in the install guide:
I turned on the breaker, got a happy little chime from the orange box after about 20 seconds, and saw an internal light blinking. Easy.

Unfortunately, using the app to make an initial connection is where the frustration began.

The short story is that the device refused to connect to my WiFi router, until after it upgraded its software version, which it does over the WiFi connection... Catch 22.  But figuring out this problem was painful, due to a highly simplified phone app, almost no other physical interface on the device, and very slow tech support. 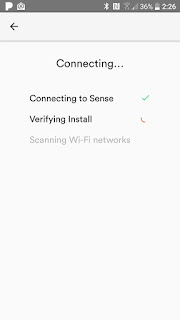 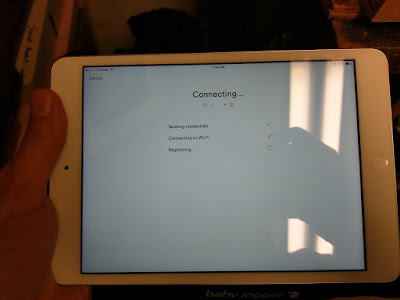 Both apps after failing in two different spots, with no helpful error messages, gave a page that says "Try Again".

I tried this about 15 times, power cycling the device each time, until finally it worked from the iPad.  I made no changes of any kind between the failures, except trying again. So it's still a mystery why the 15th time WiFi connected. I was able to create a log in, get the app past initialization, and then I'm given this: 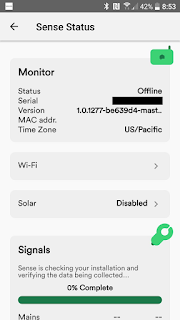 The device is "Offline".

So it managed to join my WiFi network, but can't send any packets (which I confirmed from the router). More power cycling, and switching to 2 different WiFi networks, and still offline. Thankfully, a friend also has a working Sense, showed me his app, and we noticed that my device software version was older than his.

So guessing/hoping that "fixed in the next version" was true, I turned on tethering on my phone, and tried connecting the device to it from my iPad. This worked and he device got online. Then I left my phone sitting next to my electrical panel, checking back periodically, if it had auto-updated itself. There is no "Update Software" option in the app.  After 24 hours and 82MB of data, my device now showed version 1.1.135.  Switching back to my normal WiFi network... it still didn't work! But remembering the first rule of Windows tech support, I turned it off then back on again, and hallelujah it showed "Online" and connected to my home network. 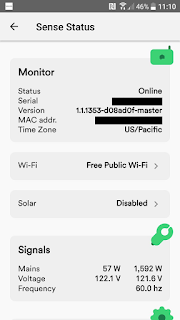 So after 4 days of troubleshooting, my Sense is now happily measuring and learning my energy usage.  We'll see what insights it comes up with over the next few weeks.


If you're having a problem getting your Sense to initially register, or after registration connect to your WiFi network, here are some tips:


I contacted Sense customer support while having this issue and while they were very courteous and helpful with basic debugging steps, they were not very responsive. Support is only available over email, no phone, and it took 48 hours for my ticket to even be answered initially. I'm guessing the small team is overwhelmed with recent publicity.

Here's the start of my feature request list for the device: